I once spoke to a fellow startup founder (huge funding rounds, killer team), and asked him a pretty simple question: are you Amazon, or are you Zappos? The startup had the mission of disrupting one of these really large industries, like mobile phones or banks. It sounded like a crucial question to me: What, in the eyes of this founder, would his company be like towards consumers? A frugal cost-cutter, that would extract huge inefficiencies from the industry by vertically integrating it with the use of technology (and thus offering little or no customer support by heavily investing in self-service technology), or would it make a killing with amazing customer service, (something consumers in the space were incredibly unused to), like having reps talk on the phone to customer for hours, order pizzas, and so on and so forth?

I’m a manager by training. I onde had a former McKinsey consultant as a manager who introduced me to the great work of Michael Porter [1], the father of competitive strategy, which according to Porter himself, meant “the search for a favourable competitive position in an industry, the fundamental arena in which competition occurs. Competitive strategy aims to establish a profitable and sustainable position against the forces that determine industry competition.”

Great. Then what does this mean?

Porter explains that a company’s profitability is derived from two major factors: the profitability of its industry, and the company’s relative competitive position within this industry. Again, in Porter’s words: 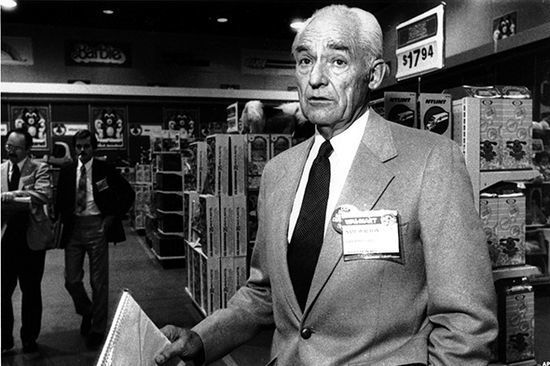 Sam Walton, the founder of Walmart: a prime example of a company focused on cost leadership.

So industry attractiveness is kind of a given. Airlines are a shitty business. Retail tends to be one, too. What makes you unique, and maybe profitable, is your competitive advantage within this market. Porter says there are basically two main possible advantages: cost leadership and differentiation. Walmart has made it big time by focusing on cost leadership: it can offer the market’s lowest prices, because it has some enduring condition that enables it to produce its goods and/or render its services at the lowest cost in that same market. Some of these conditions may be some technology, or savings derived from scale (size), and/or huge bargaining power with suppliers. Google, on the other side of the spectrum, works on differentiation: it has a unique product, because of network effects, a huge technological advantage, capital requirements to set up something similar, and so on and so forth, that make it unique in its market. Therefore, it can afford not to be frugal (anyone seen a Google office?) and not to compete on price (there’s not even a comparable product for it to be compared with in the first place).

This humble theoretical introduction behind us, we come back to that simple question I’ve asked my former boss, and startup founder: “Are we Amazon, or are we Zappos [9], in our business? Are we going to offer amazing customer service on the phones, or are we going to let users self-serve, even tough some may get frustrated, because we’re offering the lowest rates?”

That made some sense: one of our then marketing strategies was to boast that we didn’t charge a number of established fees that haunted customers in that market. It was a huge PR stunt. We also offered a sleek app that let customers do a lot of stuff themselves, and thus, we thought, not have to call us.

Fast forward two years. This company has a ratio of about 4 customer service reps (phone, chat, social) to 1 employee doing everything else (tech, design, finance, product, etc). It still offers those zero fees, but has shown up in the press for some cool customer support stunts like sending a basket of dog food and toys to a customer who mentioned a problem with his dog on a support call. And we reach the climax of this article: When does a startup have to face the tough decision of picking one competitive strategy over the other? 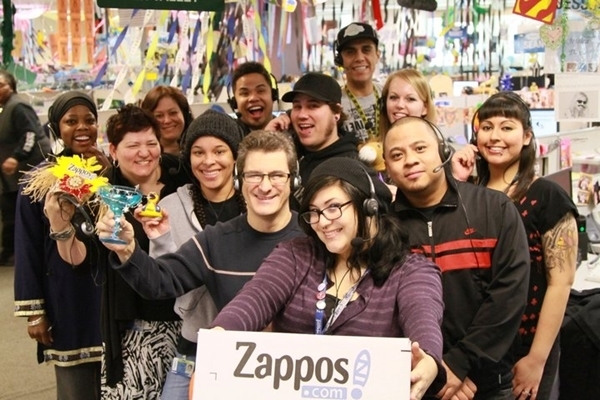 A picture of a group of Zappos’ customer support reps: Zappos is a prime example of a company that took the differentiation strategic road.

It can’t do both — cost leadership and differentiation — at the same time and on the long-run. At least not sustainably. Differentiation costs money, which must be supported by higher margins. On the other hand, low prices must be supported by a ruthless focus on cost leadership, like Bezos’s “door desks” and Sam Walton’s meeting rooms that were furnished with unsold merchandise. A company can’t scale offering a complimentary basket of dog food to a sad pet-owner customer and also charging her zero fees on the long-run. The math will catch up, and eventually (the lack of) profitability will be uncovered from huge growth rates, deep Venture Capital-backed pockets, and confusion.

If an entrepreneur is serious about building his business long-term (as opposed to growing it quickly, listing it, exiting it, and going to the beach (or on to the next one)), does she have to focus on one competitive strategy from the get go? If not, when’s the right time? Is the lack of focus on one strategy a sign of a “pump and dump” mentality?

[1] Competitive Advantage, by Michael Porter. An absolute must read for anyone serious about business.

[9] I am not going to dig into the interesting discussion that arises from the question: “Was Zappos successful in its differentiation strategy within the e-commerce market?” because that would be a long, long discussion. I am assuming it was: that its “WOW customers through service” enabled it to rise above the low-price rat race and really be unique in its positioning, without having to focus on cost leadership. But bare in mind, that’s absolutely not a given. If it were, would Zappos have sold itself to Amazon? But since these two companies act in the same marketplace, with very distinct approaches, I think the “Are you Amazon x are you Zappos” title and question sounded like a great hook for this theme.

Reviews of: The Hard Thing About Hard Things (2014 book)

Two Stars… tl;dr Don’t read/buy the book if you are already familiar with Ben Horowitz’s blog and ideas. The book adds nothing new. Why Buy It? Its cool to have this item on your shelf. He’s a famous guy in the startup world, the book is... Continue →